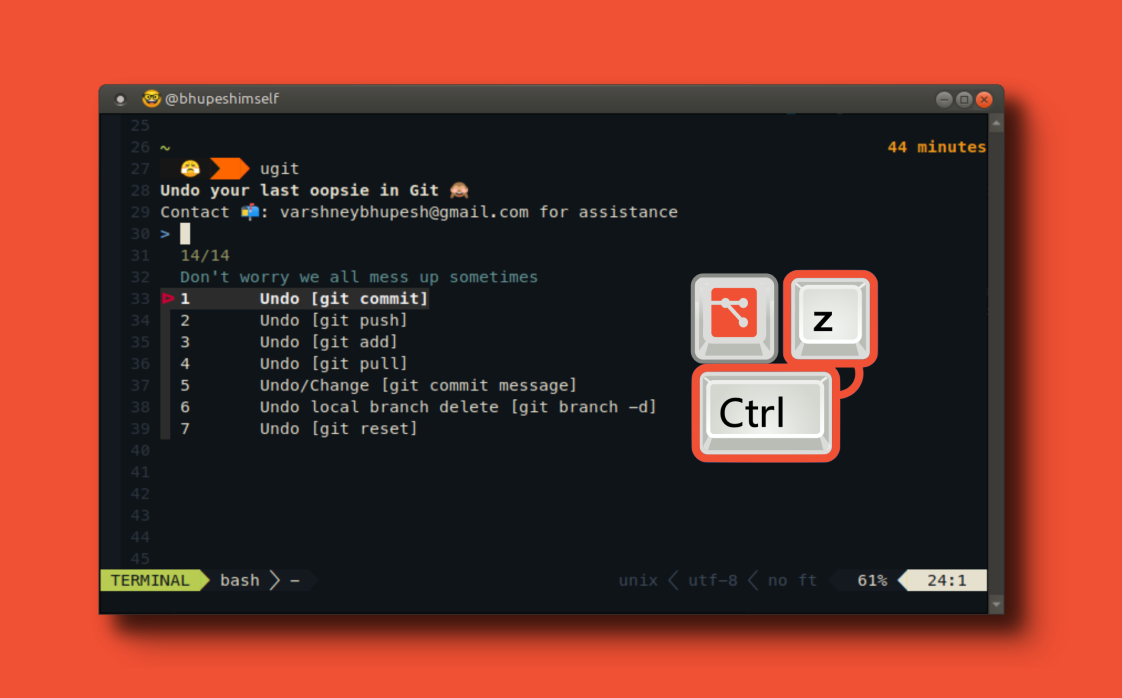 So I have been working on this little tool called ugit (and was finally able to release a stable version), the goal is to make it easier for beginner to intermediate git users to undo their last (accidental) git command. Because we are not perfect and commit mistakes.

Failure is a good way to learn something new but how many times are you going to mess up with git, if your ultimate goal is to deliver the new feature in your startup as fast as possible, huh? Git is great but it’s not really good with developer experience (DX).

Yo bhupesh, I can just you know alias this command. Oh cool, good luck remembering that alias after 1 month when you fuck-up again.

If you are in the gang of getting things done, adding ugit might be a good choice for you.

It’s just a simple shell script with guided programmatic steps to undo your last git command, powered by FZF built for people who live and work with terminals every day.

Below are some GIF demos of undoing some git operations, the list is long (around 17 scenarios) but I am only demonstrating some common ones.

Head over to installation instructions for ugit

Part of credits go to Anthony & Trey for the idea, I stumbled upon their tweet while lurking on Twitter. So thanks!

Cool, I mean we are still friends right?? Friends help friends avoid git mistakes, that’s why I wrote an accompanying text guide on How to undo anything in Git.

Share it with your friends, co-workers. No hard feelings

Update: Woke up to an email, that ugit was Featured on Changelog News, yay 🎉️

Tired of fucking up with git everyday?